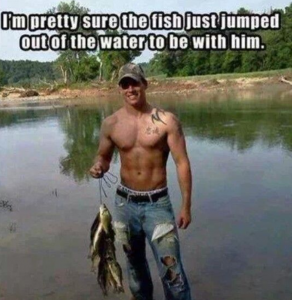 If you’re a country music fan, then you’ll know what I mean about how every song talks about the same things every time. We get it you’re a cowboy who drives a truck, where’s plaid, catches fish, plays his guitar, wears boots, and claims to love not being in the city. Some even say your knight in shining armour ends up just being a country boy. Pinterest can do crazy things to a woman’s brain. I just have a theory that if you wear cowboy boots you should definitely be able to break out in a line dance with me. If he claims he doesn’t dance, then just face it ladies he’s just a poser and you know what he wants.

If you are going for a country guy, proceed with caution, they are not the most faithful of creatures. Don’t end up like Carrie Underwood who dug her key into the side of his souped-up four-wheel drive. The beautiful sounds of Chesapeake Towing Services beeping are sure signs to fulfill the satisfaction of attempting to keep your Countryman in check and assure he never crosses you again.

That’s the thing with these country boys is that they love to show off the fish they caught and the truck and the guitar they think they are all mighty powerful and ‘manly’ now. Instead of lending me your bass pro shop hat, you should serenade me with some Alan Jackson and we can have the longest line dance in the world. If you are a woman who has been let down by a country boy then you would probably agree with me here.  So shoot me for wanting to keep the Footloose fantasy alive. Also, how are you going to call yourself desirable when you’re only holding one fish in your profile picture? Come back to me when you’re holding nine then we will talk about me riding shotgun in your truck to the cornfield. Okay, maybe I’m exaggerating with that one but only a little bit though that’s the messed up thing!

I know how what you are thinking. Just a feminist talking, she just can’t get a country guy! I wish I could say I’ve never gotten one because then I wouldn’t have had the feeling of wanting to throw myself out the window. I know they are wonderful to look at and sometimes they’ll even let you wear their flannel to that Zac Brown Band concert. Unfortunately that’s not the end of the story. Maddie and Tae some up the unfortunate stereotypes and struggles of participating in this country genre. We used to get a little respect now were lucky if we even get to climb up in your truck, keep our mouth shut and ride along. Even though you are blinded by all of the country boy charm charm and the fancy words with the southern accent, to test if he’s the real deal, take him to the country bar and make him show you some line dancing techniques. If he can’t keep up, you’re dealing with a fraud.